Cabaret of Dangerous Ideas 2018
Debate, discussion and discourse at the Edinburgh Fringe

Everybody believes that education is good: the more, the better. But what if the benefits of education are mainly due to having learned different languages? Shouldn’t we just concentrate on learning them? In a rapidly changing world in which factual knowledge becomes quickly out-of-date, aren’t languages the ultimate transferable skill, improving the way in which we can learn and understand new things? Whether you learn one of the big languages of culture, politics and business or one of the little known minority ones, it will not only open a new world for you but also train your brain.

Healthy Linguistic Diet will be outlined by Dina in the IOE Mental health, wellbeing and education event on 4th July 2018

The theme for the annual conference for 2018 is ‘Brighter Horizons’, and will take place as usual at the Crowne Plaza (formerly Holiday Inn), Stratford upon Avon, 29th & 30th June 2018.

Thomas is speaking at this year’s NALA Annual Conference  which runs from 29-30th June 2018.

Short debate: What action the Government are taking to improve the provision of long-term rehabilitation for stroke survivors (see 14.10-14.16).

The Power of Language – The Centre for Inspiring Minds

27-28 June 2018. Developing multi-literacies in the classroom and working towards a Global Language Community

Language and cognition in bilingualism: A neuroscientific perspective

This course will explore how bilingualism interacts with other cognitive functions such as executive functions, attention, memory, social cognition or theory of mind, with a particular emphasis on the neural basis of such an interaction, in healthy brain as well as in neurological diseases such as stroke and dementia. Defining bilingualism in broadest possible terms, including imperfect command of different languages and language learning, I will propose a dynamic lifetime approach, taking into account different contexts of bilingualism, individual choices and changing patterns of language use. I will present in detail the hotly debated issue of the impact of bilingualism on the age of onset of dementia and the possible ways of explaining the contradictory findings. Finally, I will discuss the complex and often misunderstood interactions between biological, social and political aspects of bilingualism and the way in which they can influence the research agenda as well as the interpretation of findings. In the last session I would also like to include a discussion of papers selected and introduced by the participants of the course.

2018 Annual Conference – The Benefits of Bilingualism

The 2018 Annual Chinese Teaching Conference will take place on Friday 15th and Saturday 16th June. The Conference will host a range of teaching workshops as well as plenaries on different subjects, including bilingualism. Find out more.

Session for parents in Gothenburg

Dina is holding a session for parents in Gothenburg on 21st April 2018.

Dina is giving a key note at the symposia organised by the Council for International Schools in Hong Kong, 8th and 9th March 2018

Very energised by contributing to the event organised by EU Commission. Seeing Scoil Bhríde, Dublin case study of transformation just proves yet again that everything we promote under Healthy Linguistic Diet is realistic and brings inspiring expected and unexpected successes!! 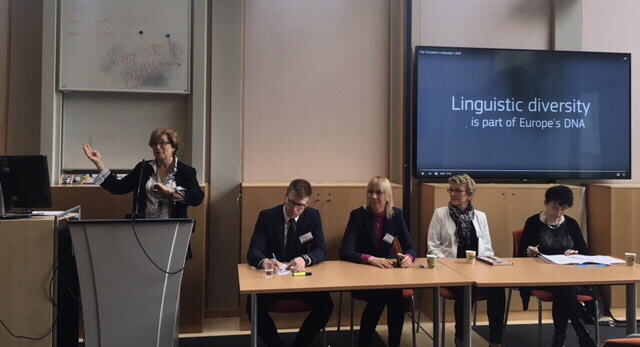 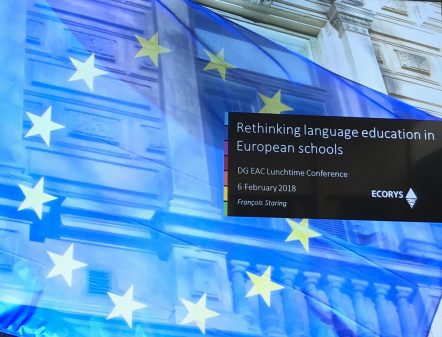 Thomas and Dina are invited to present their work to: All Party Parliamentary Group on Modern Languages, on Monday 29 January (4- 6 pm) in House of Lords Committee Room 4.

Recent studies in neuroscience indicate that using more than one language has benefits for the brain, including cognitive performance and protection from neurodegenerative diseases.

At this meeting the APPG will hear from researchers leading work in this field, including implications for policy and practice (with reference to policy work that has been conducted at European level) and the current British Academy/UCL research project on the cognitive benefits of language learning.

Why Learn A Language?

A discussion at Cheltenham Literature Festival

Is it ever too late to learn a new language, and how does language acquisition benefit the brain at any age? Join the AHRC’s Charles Forsdick as he chats (in English) to the multi-lingual Rosie Goldsmith and neuroscientist Thomas Bak, revealing the latest research on the many benefits, both cultural and cognitive, of speaking and understanding a different language.

What is “normal” and “natural” and what is “extreme” when it comes to multilingualism and language learning? Knowing many languages? Or just one? Keeping forever your mother tongue? Or losing it? Mixing languages? Or keeping them apart? Thomas H. Bak, University of Edinburgh, addresses these questions by integrating insights from a wide range of disciplines, from anthropology, linguistics and social sciences to psychology, cognitive sciences and neuroscience. In particular, he traces the evolution of our understanding of language and the brain over the last few decades, from static, modularist models in which language (and other cognitive functions) were neatly separated from each other, to current interactive networks, based on the concepts of neuroplasticity and cognitive reserve and accommodating for changing patterns of language use throughout lifetime. He discusses the implications of this paradigm shift for the role of modern languages in education, health, social life and policy.

Born and raised in Cracow, Poland, Dr Thomas H Bak studied medicine in Germany and Switzerland, obtaining his doctorate with a thesis on acute aphasias (language disorders caused by brain diseases) at the University of Freiburg im Breisgau in Germany. He worked clinically in psychiatry, neurology and neurosurgery in Basel, Bern, Berlin and Cambridge. In 2006, he moved to Edinburgh where he continues to work on the interaction between motor and cognitive functions in patients with neurodegenerative diseases such as dementia. Since 2010, he is the president of the World Federation of Neurology Research Group on Aphasia, Dementia and Cognitive Disorders (WFN RG ADCD).

In recent years, Dr. Bak’s work focused on the impact of language learning and
bilingualism/multilingualism on cognitive functions across the lifespan and in brain
diseases such as dementia and stroke. His studies include a wide range of populations across the world, from students to elderly, from early childhood bilinguals to second languages learners, from Scotland, through Malta, Saudi Arabia and India to China and Singapore.