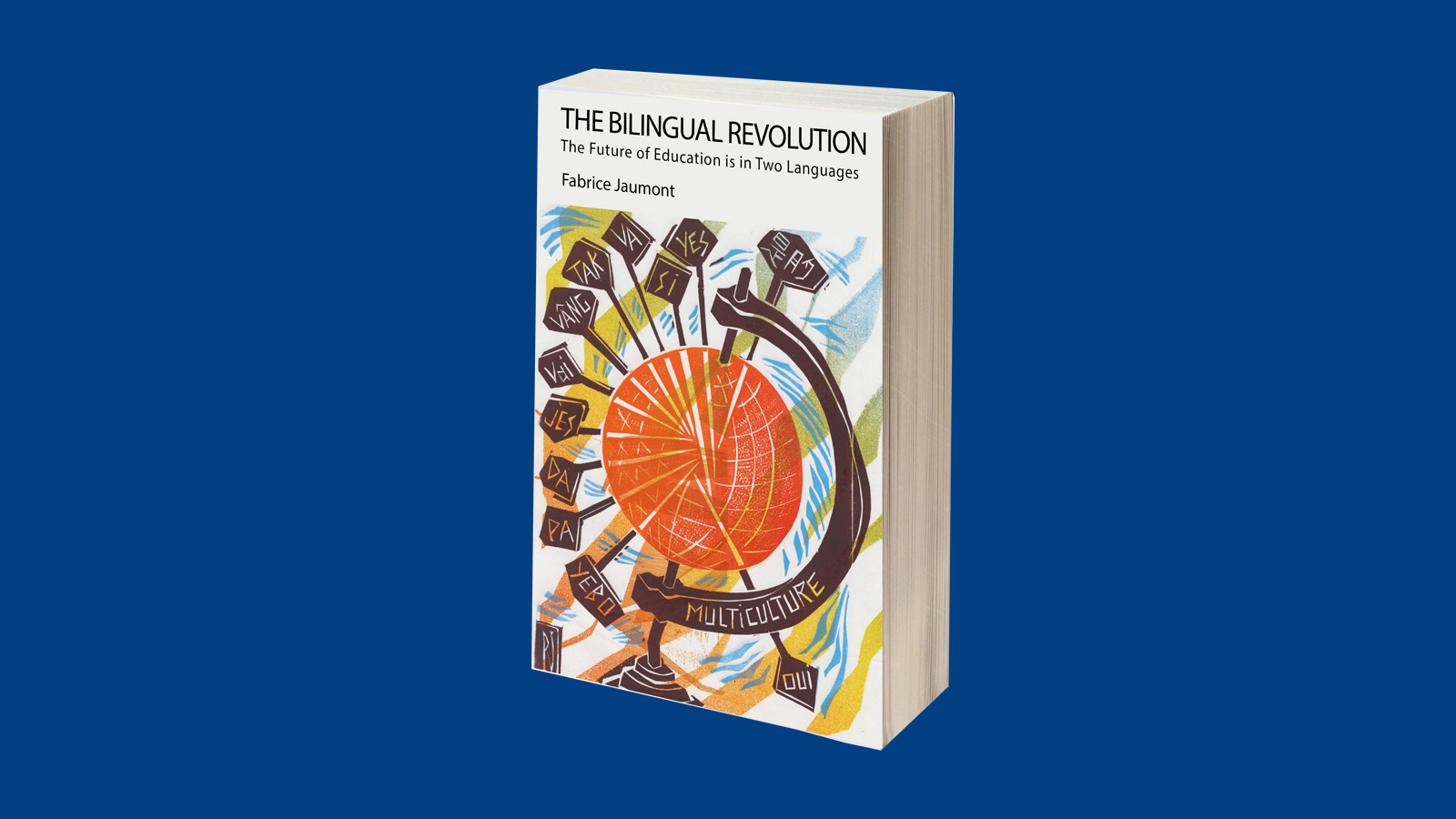 What if we lived in a world where every child would grow up bilingual? 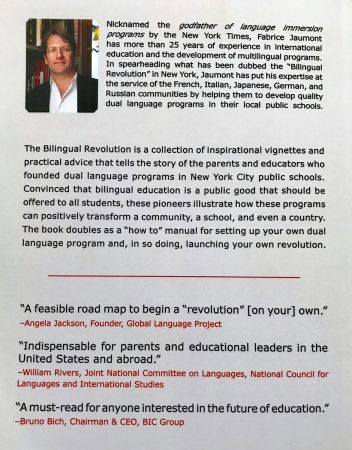 If this idea inspires you, then know that there is a way to do it. Through the hard work of parents and educators, a renewed push for bilingual programs is changing the educational landscape of schools, communities, and cities around the world. Over the last two decades, the American approach to education has gradually shifted away from the mastery of one language to the goal of bilingualism, language enrichment, and the preservation of heritages and cultures. This new approach has pushed linguistic communities to create dual-language programs that have embraced these new goals. The new programs have attracted thousands upon thousands of families who embrace multilingualism and have triggered interest among many parents who wish that they themselves had access to such programs in their local schools when they were younger. Although the roots of bilingual education in the United States can be traced back to the early 17th century, a new phenomenon is emerging with three objectives. First, to espouse the cultures specific to families and linguistic communities, and to promote this cultural heritage as an important part of the mosaic of our society. Second, to help facilitate reconciliation between parents and schools, and encourage a fruitful dialogue between parents, school administrators, and education professionals. And third, to promote a social, economic and cultural environment that is respectful of all and helps to bridge the gulfs that divide us today.

Some want access to English and the equal opportunity it provides. Others want to sustain their heritage, and utilize bilingual education as a tool to do so. Others are interested in the benefits of bilingualism for cognitive development. Others are interested in the acquisition of a second, third, or fourth language because of the professional opportunities and advantages it will yield. Ultimately, these perspectives share the same goal: to create a multilingual society with greater access to languages and cultures. One of my main objectives—through my advocacy and publications—is to weave together these different perspectives, ensuring that more dual-language programs are created to generate greater opportunities for all children. Being bilingual is no longer superfluous nor the privilege of a happy few. Being bilingual is no longer taboo for immigrants who want so dearly for their children to blend seamlessly into their new environment. Being bilingual is the new norm, and it must start with our youngest citizens. By affording the advantages of bilingualism to as many children as possible, we can bring forth a viable 21st-century approach that will advance the growth of our societies by encouraging communities to invest in their linguistic heritage, by pushing schools to embrace dual-language education, and by raising new generations to be multilingual citizens of the world. This vision is reinforced by the belief that when quality bilingual education is available to everyone—in public schools across the country from preschool to college—our children’s chances of success improve, our schools flourish, and our communities thrive. More importantly, the essence of this Bilingual Revolution is that it places parents at the center of change, as they have the power to transform the educational landscapes of their communities.

Where Do I Begin?

To succeed, parents should educate themselves on various aspects of bilingualism, bilingual education, community engagement, and the organization of volunteers. They also need to understand the partnerships that are required to build strong programs and gain the commitment of school leaders, the dedication of teachers, and the ceaseless involvement of parents at all levels. With this informed approach and sensitivity, parents and schools hosting these programs can benefit from the multifaceted population they serve. These programs also call upon the diversity of the teaching staff, as well as their ability to incorporate linguistic and cultural differences into their pedagogy. As this model is rich in cognitive advancement and beneficial to the brain’s functions, the payoffs for our children and our communities are significant. Bilingual education is a universal good that should be offered everywhere, because it can constructively change a child, a school, a community, and even a country. The roadmap presented in my book, The Bilingual Revolution: The Future of Education is in Two Languages, provides readers with the knowledge, shared experiences, and tools necessary to create effective dual-language programs. This roadmap was designed by both parents and educators so that others, like them, could grow and develop their own bilingual initiatives in all corners of the world. Inspired by the spirit of this movement, our work aims to encapsulate the energy and vision of parents and educators in New York City who saw the importance of dual-language education in an ever-globalizing 21st century. The drive and collaborative spirit of this motivated group fuels the Bilingual Revolution to this day, sprouting new initiatives in communities throughout the United States and around the world. While New York serves as the backdrop for this work, it is my belief that the roadmap can be applied to more than just large urban centers and that bilingual programs can flourish everywhere.

Download a courtesy ebook of The Bilingual Revolution (free on tbr-books.org with coupon code CALEC. The ebook is available in 7 languages) 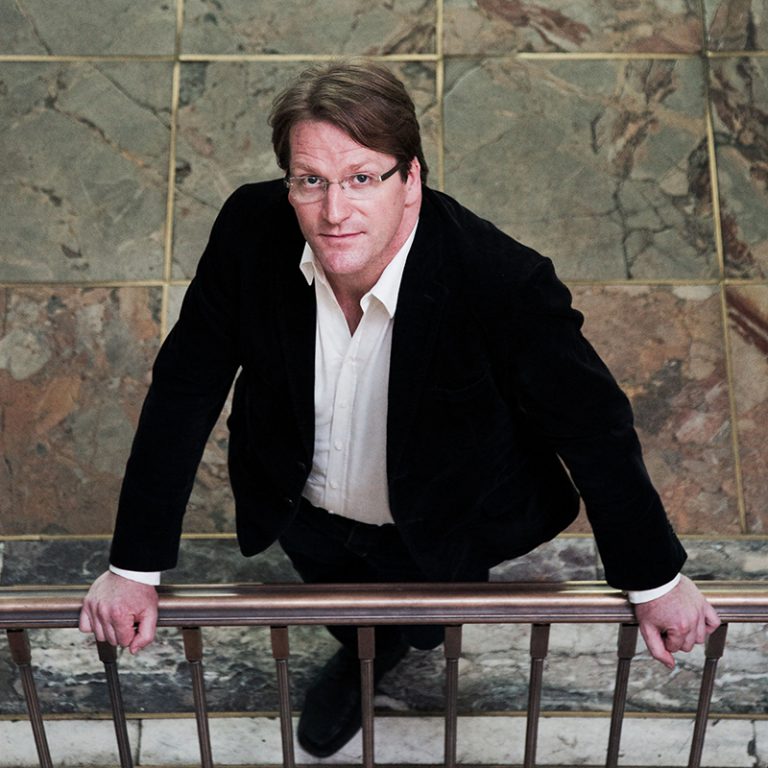 Born in Valenciennes, France, Fabrice Jaumont is a French educator, researcher, and author living in New York since 2001. He currently serves as Education Attaché for the Embassy of France to the United States, a Program Director for FACE Foundation in New York, a Research Fellow at Fondation Maison des Sciences de l’Homme in Paris, and an adjunct professor at New York University. He is also the founder and executive director of the Center for the Advancement of Languages, Education, and Communities, a nonprofit organization with a focus on multilingualism, cross-cultural understanding, and the empowerment of linguistic communities. Since October 2018, he is the host of Révolution Bilingue, a podcast produced by French Morning, a French online magazine with a large French-speaking audience. He is also on the editorial board of NORRAG, the Network for International policies and cooperation in education and training.

Fabrice Jaumont is the author of five books: The Bilingual Revolution: The Future of Education is in Two Languages (TBR Books, 2017), which provides inspirational vignettes and practical advice for parents and educators who want to create a dual-language program in their own school. The book has been translated in 7 languages; Unequal Partners: American Foundations and Higher Education Development in Africa (Palgrave-MacMillan, 2016); Partenaires inégaux: fondations américaines et universités en Afrique (Editions Maison des Sciences de l’Homme, 2018). He recently published, Stanley Kubrick: The Odysseys (Books We Live by, 2018), which explores Stanley Kubrick’s cinematography and the theme of Odysseus. Fabrice’s latest book, The Gift of Languages: Paradigm Shift in U.S. Foreign Language Education (TBR Books, 2019), co-written with Kathleen Stein-Smith, touches on the issue of foreign language deficit in the United States and sets the stage for a new paradigm in our approach to teaching and learning languages.

He was made a Chevalier dans l’Ordre des Palmes académiques by the Government of France and was awarded the Prix de la diversité culturelle by the Organisation internationale de la Francophonie and the Committee of French-speaking Ambassadors to the United Nations. He received the Medal of Recognition from the Committee of French-Speaking Societies in the United States.
Share
Tweet
Share
0 Shares