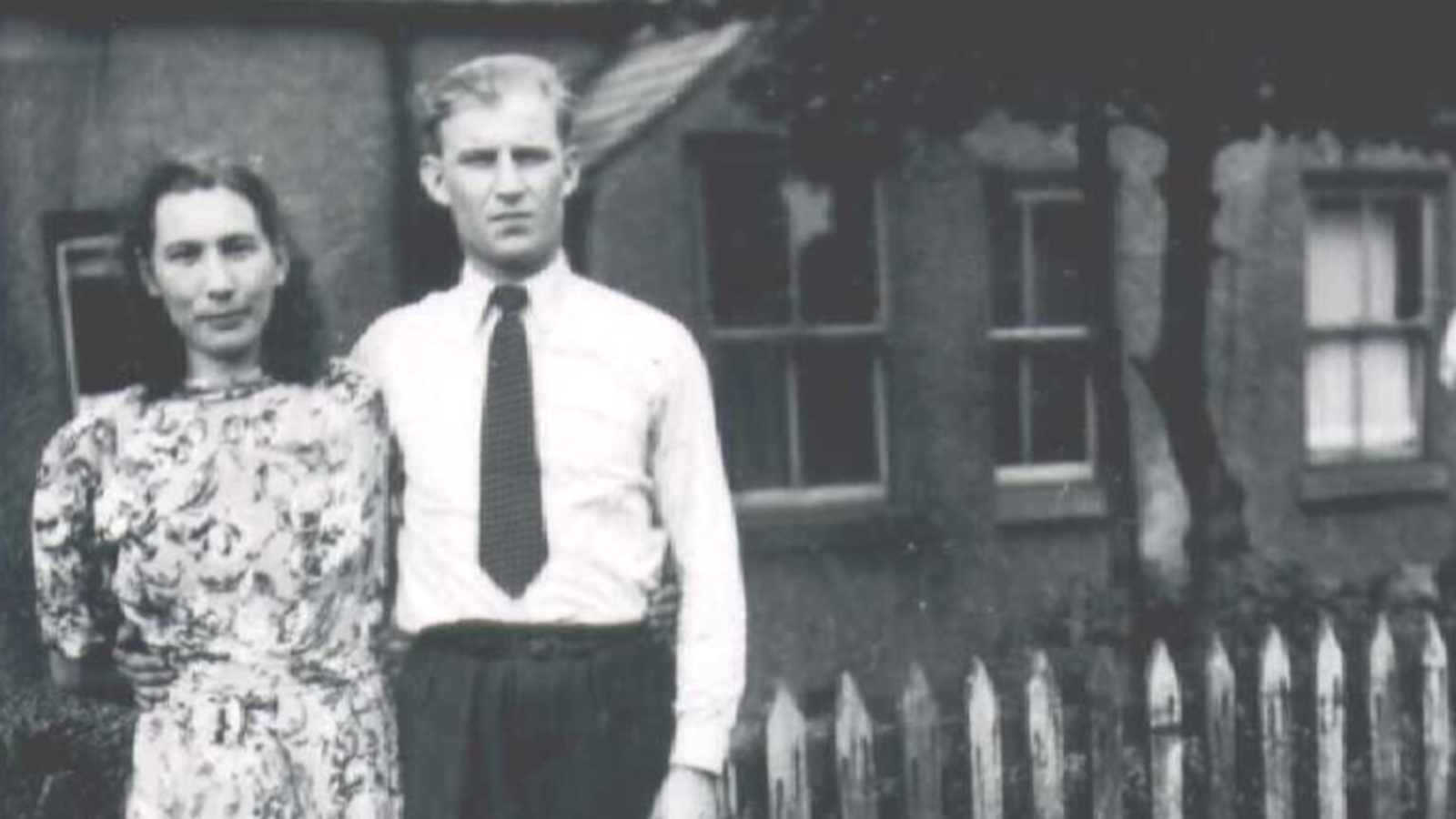 “A Sign of This”: The Unopened Letters of Heritage

In my coalescing, melting-pot family – with roots in Eastern Europe, Europe, and in Britain – I learnt the Polish word for heart before I knew the word for hello.

And I write this with emphasis on the ‘I learnt’: my linguistic roots in Eastern Europe are virtually non-existent in our family. My grandparents on my father’s side, born in Poland in the 1920s, moved to the UK in 1947 as displaced persons, and then endeavoured to lead British lives, bringing up their family and creating their home as British through and through. Instead of speaking with any Eastern European intonation, most of the members of my father’s family have voices instead swathed in a heavy Yorkshire dialect. This may be a heartening and piquant language in itself, soaked in the conviviality of rural English homeliness, but it does not spill out from our mother tongues. I think I will always feel a certain sense of grief for the language our family should have spoken, and the language which has drained from our family completely. To be unable to speak one’s national language is to also be unable to articulate one’s nationality; to lack the multi-faceted intellectual and physical dimensions of multi-national living. It is these fundamental issues of wellbeing and comprehension which made me want to write for Healthy Linguistic Diet website – to record an identity crisis in which language loss and language gain are locked together in a linguistic storm of fundamental shortfall.

I can never know why my grandparents did not wish to pass on any memory – linguistic or otherwise – of their pre-war lives to following generations. I can guess: bilingualism at the time was sneered upon and discarded like those lost lives once lived in other countries. We also know snippets of their pre-war and wartime experiences, and more about my grandmother than my grandfather. I know they were traumatised for life.

It is, of course, considerably less devastating than the suffering they faced in their early lives. There’s no comparison. But it remains a significant ramification of what they went through, and how displaced we still are as a family, even if we do not all have such an active role in looking back to our shared Eastern European roots. I think I am the only member keenly interested in protecting, and remembering, the past, and bringing it back into the present.

Some of my interest, I think, comes from a feeling of duty: I am the last member of my generation to have the surname Bretan, a name we are even unsure is correct. It is so agonisingly apt: Bretan – Britain. A half-sound; a slip of the tongue between cultures and identities and belonging. And otherness. 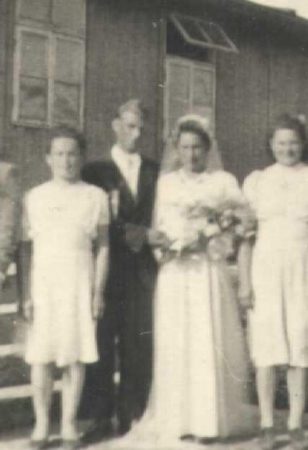 And, though my grandparents may have attempted to become British, they were never fully fluent in English, either. Our family photo album, traversing the 40 or so years they lived in the UK, is peppered with misspellings of ‘weding’, ‘mumy’, and ‘dady’; and the three recently found recipes of borscht, cabbage rolls and dumplings stumble through instructions. The ‘envolope’ of dumpling dough my grandmother describes is symbolic, for me, of an unopened letter – or treasure chest – of Eastern European culture we are missing as a family; the words unread; unheard. Language is oxygen for people like me; people whose roots span into other lands they cannot fully map. I am still gasping for air.

The fact that my grandparents strove to assimilate means I navigate a complex relationship between otherness and sameness. I too was brought up British – not one iota of a Slavic background found its way into my radar until I had to complete a family history project for school – but even before I knew about the cultures of the lands from which my grandparents came, I was still instinctively drawn to Polish, to Eastern European life.

I may be British – name, passport, citizenship, language – but I am still irrefutably other. I cannot deny that side of my family; particularly not when the stakes are as high as these. I sometimes feel that I am not enough either way, with my relationship with my family’s history always reminding me of that short, sharp homage to the adrift, ‘Diaspora Blues’ by Ijeoma Umebinyuo:

Though the background to this is not my family’s story, the text resonates through my life. As a family, we too are constructed from loose syllables; loose accents. And lost home.

Over the last few years, I have found my language in another form of poetry – in the songs popular around the time my grandparents grew up in the easternmost borders of the Polish state. And this geography seeped into the music, too: folded together like the dumpling dough in my grandmother’s hands, intonations of Polish and Ukrainian merged into the Polish interwar version of Received Pronunciation: a nasal, urban patois that all celebrities of the age tried to adopt.

I wrapped myself in Adam Aston, Eugeniusz Bodo and – particularly – Tadeusz Faliszewski, a now rather underappreciated singer who came from Lviv, the district from which my grandmother originated. His delivery is delicious and drunk – possibly because he was – but also heavily inebriated in the inflections of a geography now lost to time and history.

One of my favourites is Znakiem Tego (A Sign of This) – a duet of Faliszewski and Aston about dancing and flirting and communication.

Aston’s refrain is mellow; Faliszewski trills and drawls with that characteristic pre-war urban argot from Lviv that, quite possibly, sounds similar to how my grandparents would have sounded, if only I’d known them then. And, like the hints and winks of invitation in the song, the ‘sign’ of my grandparents’ Eastern European language signals something I cannot quite read; something which I know is important, and possibly beautiful, but remains out of reach for now.

My father recently discovered from his DNA that, in fact, we have roots not just in Poland, but also have hefty elements of Ukrainian, Russian, Lithuanian, Romanian and Ashkenazi Jewish in our background. We learnt more from his spittle than, probably, we’d ever known about our family’s history before – and this confirmed too how displaced we are, with roots in so many lands. This was another language – or languages – too, and one I wanted; but it didn’t put words into my mouth. My father considers himself British; he was born up British, speaks English, and has no other culture than Britishness – and this is a virtue. I am glad that my grandparents could escape here, and I know they lived better lives, even if in the mills ‘oop North’ – and this should be a possibility for anyone. But certainly for me, there’s another, hidden side to being able to live in another country.

The fact that, until very recently, we did not know about this cultural heritage is a loss as much as my grandparents gained better lives. It must have been a difficulty for them, but in a way I am glad that they never fully managed to assimilate; that they spoke enough of their home language to each other in private that they never learnt to spell ‘envolope’ correctly. I’m glad that some of the Polish I’m learning is steeped in a lost world and lost language of their east – it gives me a deeper taste of the culture we should have had in our family. The plate of linguistic identity – a literal Healthy Linguistic Diet – is one in which all of the juicy flavours of otherness are celebrated, and positives of multiculturalism are promoted. With its focus on inflating expressions and nurturing connections between languages through plurilingualism, this is where HLD could come in. I want to be able to understand both of my cultures in the light of each other, to read Eastern European hints in Englishness and vice versa – and to be able to celebrate the melting-pot that we are, with no strings attached. I want to delve deep into that ever-flavoursome ‘envolope’; find the heart – the ‘serce’ – of our culture.

This is my language. 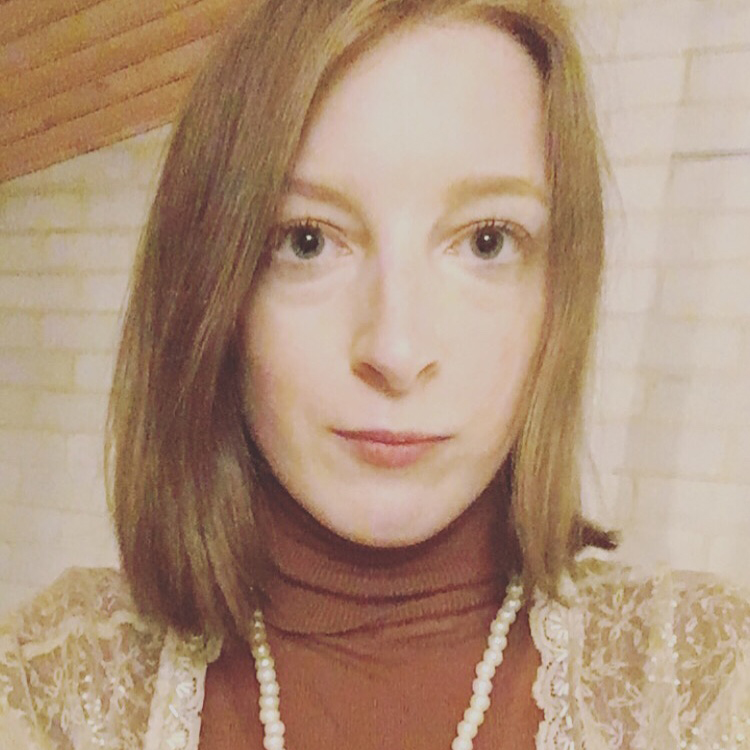 Juliette Bretan is a writer for Culture.pl, one of the largest websites covering Polish culture, and is a freelance journalist, specialising in Polish and Eastern European current affairs and culture, and often covering the interwar period. Her blog, Visions of the Vistula, researches specific cultural pieces from Polish interwar history. She is also a recent graduate from the University of Cambridge, where she wrote her dissertation on Poles as guests in English Literature.
Share11
Tweet
Share
11 Shares