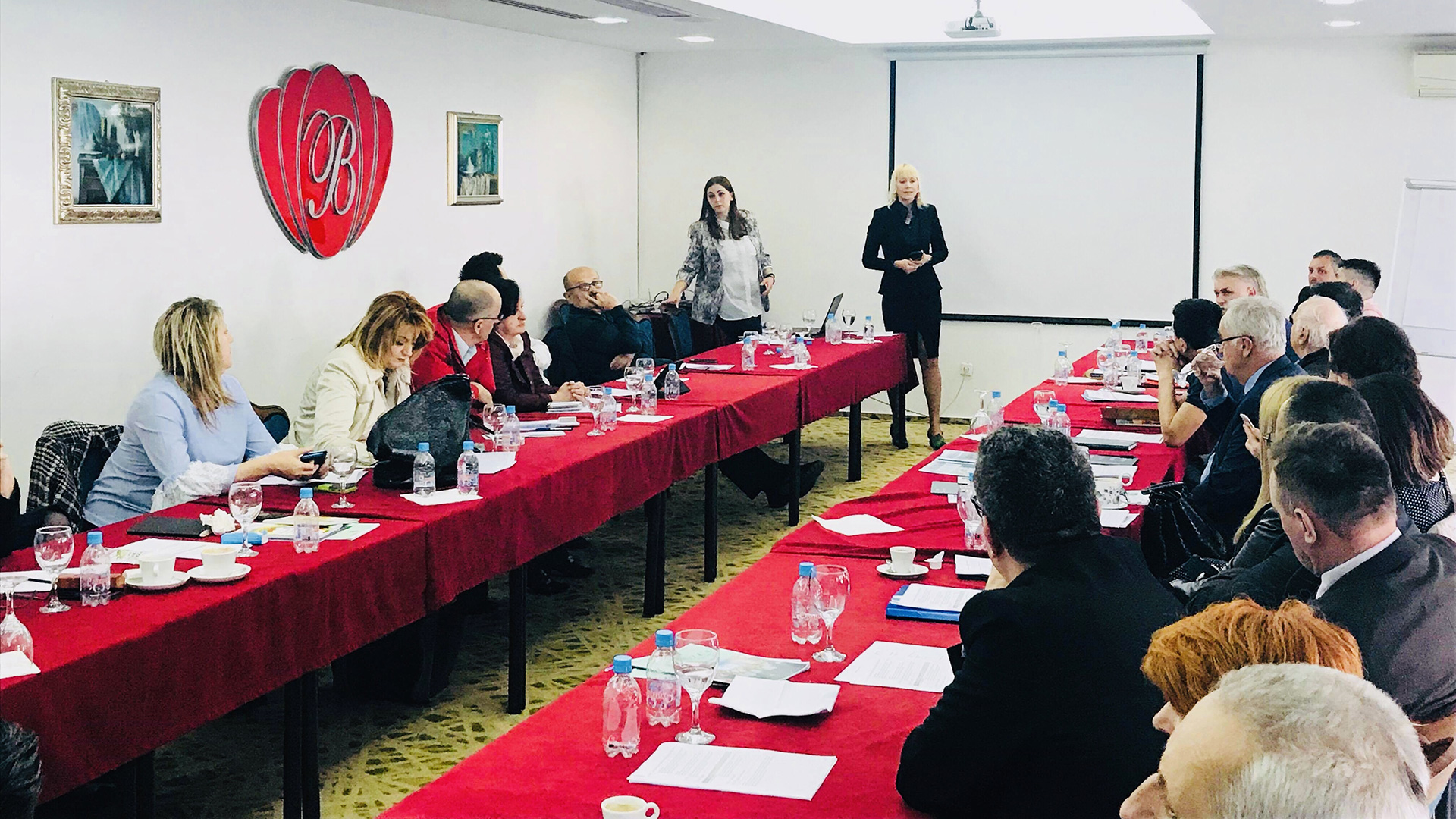 Ministry of Human Rights and Refugees of Bosnia and Herzegovina

On the great satisfaction of the organizers of the theme meeting “The importance of the native language in the diaspora”, which was held on February 3. this year, an envious number of participants attended the same, listened to lectures of respected lecturers and discussed with them.

Namely, a thematic meeting organized on the initiative of six eviction organizations gathered around the concept of Diaspora Online Check-In (i-platform from Switzerland, pangea network from Germany, BH Roots from Austria, Bosnia and Herzegovina, Bosnia and Herzegovina. Teachers from Denmark, the Bosnian Cultural Society ′′ Revival ′′ from Split and the Alliance of Bosnian Herzegovina associations that also operate in Denmark), and with the indispensable support of the Ministry of Human Rights and Refugees of Bosnia and Herzegovina, from the sector of eviction, hosted over a hundred participants, both from Bosnia itself Herzegovina as well as from all parts of the world, which has greatly exceeded expectations and organizers, as well as speakers of this pioneering online event.

At the very beginning of this two-hour event, participants were addressed by Mr. Kemo Sarac, assistant minister of the Ministry, as well as Mr. Nikola Burić, executive director of the and-platform that highlighted the importance of online gathering of representatives of Bosnian Herzegovina diaspora.

“Although the current circumstances caused by the coronavirus pandemic are greatly limiting us, we really didn’t want to sit down and indulge in the situation itself. On the contrary, all of the above organizations, along with the Ministry, regularly participated in the monthly gatherings that we called ‘Diaspora Online Check-In’, as part of which the idea for organizing this theme meeting. Conscious importance of preserving the native language in the countries of admission, the problem of this first thematic meeting imposed quite logically”, Mr. Sarac said, among other things.

The key role of parents

The central part of the lecture belonged to the respected dr. Dini Mehmedbegović – Smith, who has been researching the native language for many years. The fight to preserve the native language, Mehmedbegović – Smith points out in numerous, much more developed communities, than Bosnian Herzegovina. But it emphasizes the importance of proper language naming, and adds that the mother tongue should be compared to the language, and thus overcome the marginalization of the father’s role in raising a child.

She conducted her research Mehmedbegović – Smith, to the most extent, in the UK. Exploring, she realized that many people use their native language, among other things, is especially important for quality maintenance of relations with families in Bosnia and Herzegovina, then for preserving identity, but also for understanding the culture of origin. However, according to the opinion of the parents in question, who according to her opinion are key to this issue, English language is more important to the future business success of the child, says Mehmedbegović – Smith. It is interesting that for preserving the native language in the countries of acceptance, those people who are yet to be achieved as parents. Their decisions will depend on the future language development of a child, but also on the child’s feelings about this problem.

“Parents act as a lawmaker in the house, they decide which language will be spoken during joint activities, but they bear great responsibility for their decisions. Also, some parents face a certain fear considering their child, common use of the native language, will not do well in the land of reception, which, in the end, can negatively affect the daily use of the native language”, Mehmedbegović – Smith added.

Preservation of the native language greatly depends on supplementary schools where people of the same origin participate in joint activities and transfer knowledge to children regarding geography, history, art and music culture. In these places, there is also the networking of Bosnia and Herzegovina. community in the diaspora, which is of the importance of obstacles.

Also, according to the conducted research, parents who promote bilingualism, which is very important for the cognitive development of the child, are largely helpful and media content in the mother language.

Dr. Dr. Mehmedbegović – Smith has developed an approach called ′′ Healthy Language Diet ′′ that is generally accepted in many European countries, and you can read more about the same on her website.

Mr. Vedad Boberg Fazlic presented the results of the conducted questionnaire in Germany to participants of this event in connection with online learning of native language. He pointed out that it was not scientific research, he pointed out several segments that made the questionnaire core.

Namely, the question is whether children in countries are studying their native language, over 90 % of examiners, claims Fazlic, answered exceptionally, but the question would be interested in whether their children, online, study their native language, over 90 % of the questionnaires, this time, answered confirmation, and added that their child, during the work week, would be ready to allocate one to two hours for this type of activity.

According to Fazlić’s opinion, quality and flexibility are key to successful online classes.

The listed, internally, research was conducted in the period of August – September 2020.

“Parents are seriously divided opinions when it comes to learning native language in Denmark. Although older generations, in good part, are still serving their native language in everyday speech, younger people, originating from Bosnia and Herzegovina, that practice is accessed more often”, says Hasanbašić.

She pointed out the fact that, until 2019., there were nine additional schools in Denmark where the mother / father language were studied, unfortunately, due to lack of interested, were ′′ shut down”.

In the end, the honorable Mrs Azra Hod žićić – Kadić, a lecturer of BHS language at the University of Vienna received the opportunity to address the participants. She talked about the project “Discover Bosnian”, but also about the problem of textbooks. Namely, according to her words, children whose mother tongue is a second or even foreign language often find a problem due to the inappropriate textbooks themselves.

Satisfied with the event, the organizers promised to hold similar events in the future.